Did you know that January 15 is National Pothole Day? In honor of this bizarre holiday, here are some fascinating facts about the pesky potholes that plague our roads. Let’s dive in!

1. There are an estimated 55 million potholes in the U.S.

3. According to a study by AAA, between 2013 and 2018, 16 million drivers across the country suffered pothole damage to their vehicles.

6. The U.S. has more than four million miles of roads.

8. According to the American Society of Civil Engineers’ 2017 Infrastructure Report Card, 1 out of every 5 miles of highway pavement in the U.S. is in poor condition.

9. Citizens across the world have come up with creative ways to draw attention to potholes. 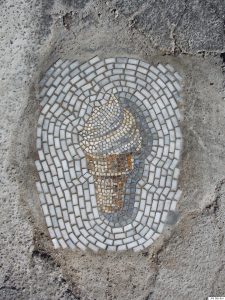 Other people have taken to “guerilla gardening,” planting flowers in potholes to help fellow drivers to avoid them.

And who doesn’t want to be warned about potholes?

And be sure to watch the video below to learn how SeeClickFix and Cityworks together enable citizens to report potholes and other issues quickly and easily.