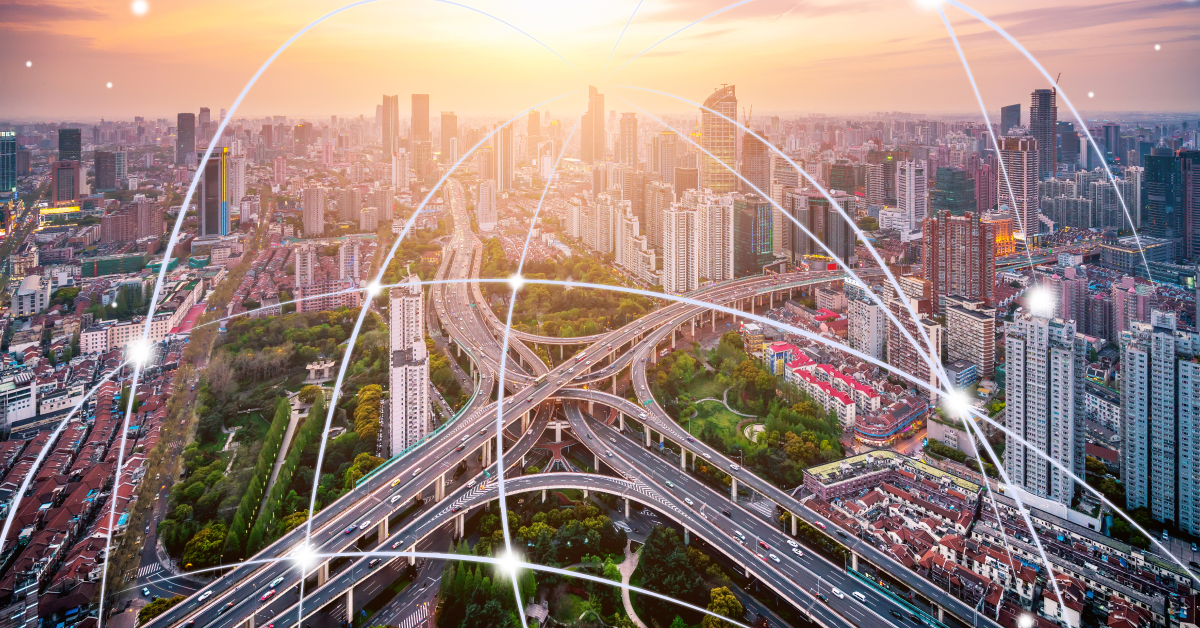 Infrastructure has played a vital role in advancing humanity since the beginning of recorded history. Not only does infrastructure connect communities and promote economic growth, it also enriches and enhances individual lives, and keeps communities safe and healthy by providing essential services (drinking water, electricity, road, sewage, etc.). We often take for granted the public works and utilities that make our comfortable modern lives possible.

Here are a couple of fun facts about infrastructure and its history:

1. The earliest infrastructure projects were the construction and creation of roadways that connected communities to each other and fostered trade and travel. One of the oldest road networks in North America is the Natchez Trace which ran from modern day Tennessee to Natchez, Mississippi. It was originally a trail used for hunting but eventually evolved into a more official roadway.

2. For a large majority of human history, people would get potable water from nearby bodies of water or hand dug wells. However, there is evidence dating as far back as 4000 BCE in ancient Mesopotamia of the use of clay sewerage and wastewater pipes to manage water and wastewater supplies.

3. The first paved streets were built in Mesopotamia (located in modern day Iraq) in 4000 BCE. Another early record of road construction is the Corduroy Roads (wooden roads) built in Glastonbury, England that date back to 3300 BCE.

4. The water and wastewater infrastructure of the Indus Valley civilization (3300 BCE to 1300 BCE) was highly advanced. Archaeological evidence shows that they employed the use of a covered sewer network with private residential toilets, public and private bath houses using drains to repurpose wastewater, and much more.

5. The Roman empire invested a lot of time and money in infrastructure. They built and upgraded around 50,000 miles of roads and highways, using concrete made of a pozzolana (volcanic ash) and lime. Roman roads were engineered to facilitate drainage, reduce the drag on wheels, and provide efficient travel.

6. In Egypt, an ancient network of copper drainage pipes was discovered that date back to 2400 BCE. This piping infrastructure was found in the Pyramid of Sahure and a closeby temple complex.

7. The Roman government also conducted massive water infrastructure projects. One such was the engineering and construction of 485 miles of aqueducts to bring 11 billion gallons of freshwater per year into the city.

8. The Inca road system is the most extensive and notable road network in pre-Columbian South America. Built by the Inca empire and spanning more than 25,000 miles, this road road network was an amazing feat of infrastructural engineering. It ran north and south crossing through the mountains, plains, and deserts of present day Peru, Ecuador, Chile, Bolivia, and Argentina. The roads were meticulously constructed and were often raised, constructed to promote drainage, and large portions were paved (using cobblestone). Parts of the Inca road are still in use today, the most famous being the Inca Trail to Machu Picchu.

9. The first modern roads can be credited to John Loudon McAdam. He improved upon previous road construction methods by developing a new paving material called “macadam”, which was made of soil and stone aggregate. Macadam roads were known for being more level, elevated, and cambered for better draining.

10. Before electricity, it was common practice for cities to have outdoor lanterns that illuminated streets at night. However, in 1594, lighting became more infrastructure-oriented when the Parisian police force installed a network of lanterns, in hopes of deterring crime.

11. Lighting grids eventually became a part of public works in the 1700s. Cities had teams of lamplighters that would go around to each lamp to fill and light them. Lamps used whale oil as a fuel source and later used gas, until they were eventually replaced with electricity.

12. It wasn’t until the 1840s that modern indoor plumbing and gravity sewer systems were widely implemented in developed countries.

13. A precursor to the telephone was the telegraph. Once the usefulness of this technology was recognized, infrastructural projects were executed to make this new way of communicating possible. This included constructing more than 20,000 miles of a telegraph line network in the U.S. and the “submarine cable” which spanned the English Channel—both of which took place in 1851.

14. The world’s first water purification and sewage treatment station was the Lawrence Experiment Station in Lawrence, Massachusetts. It was established in 1887 and was the first of its kind to use biological methods for treating wastewater and drinking water.

15. Modern tarmac was patented by Edgar Purnell Hooley, a British civil engineer in 1901. This method of using tar to construct roadways was implemented to accommodate the onset of the newly invented automobile.

16. The modern U.S. drinking water infrastructure network is made up of 2.2 million miles of pipe, most of which are underground and not visible to the millions of people that rely on it for clean water. In addition to that, there are also over 800,000 miles of public sewers and 500,000 miles of private lateral sewers that connect to public lines.

17. Currently the electrical infrastructure network in the U.S. is composed of 200,000 miles of high-voltage transmission lines and 5.5 million miles of distribution lines and links thousands of generation plants, as well as provides power to millions of homes and businesses.

18. More than 700 organizations around the world are using Cityworks to help manage their public infrastructure. Cityworks coupled with Esri’s ArcGIS helps make communities more resilient, sustainable, and safe through a GIS-centric approach to asset management.

Request a demo and find out how Cityworks can help your community with its digital transformation and infrastructure management.