3 Ways to Achieve Breakthrough Results in Your Organization

At Where: Cityworks Conference, Kristen Cox—Executive Director of the Governor’s Management & Budget Office for the State of Utah—discussed common pitfalls that organizations face and presented some innovative solutions to implement instead. Here are three ideas she shared, along with a video of her entire presentation.

“We see a lot of busyness, a lot of action, a lot of activities, a lot of change. And sometimes that change gives us the illusion of progress rather than real progress,” Cox said. “We want to start by stopping.”

She then shared a quote by Apple Inc. CEO and co-founder Steve Jobs:

People think focus means saying yes to the things you’ve got to focus on. But that’s not what it means at all. It means saying no to the hundred other good ideas that are there. You have to pick carefully. I’m actually as proud of the things I haven’t done as the things I have done. Innovation is saying “no” to 1,000 things.

To further illustrate the concept, Cox showed a series of drawings by Pablo Picasso. 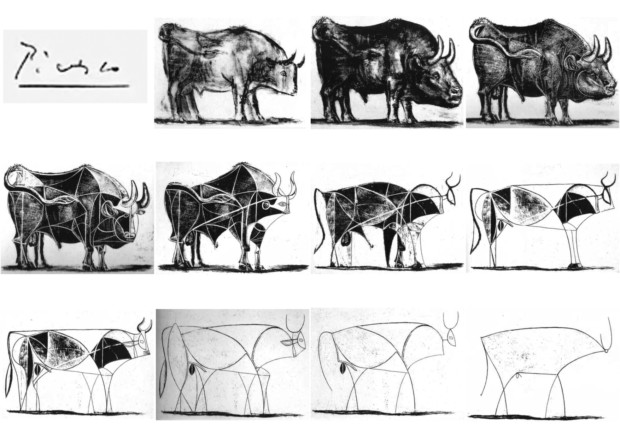 “You can see his first iteration. The bull was very complex,” she explained. “And as he moves through, . . . he’s stripping things out. He’s getting to the essence of what’s really, really important. Of all the changes you could make, what should you make? It starts with, in some cases, what to strip away.”

2. Think Differently to Get More Out of the Resources You Have

Cox then introduced what she calls the Seductive 7—solutions that give the illusion of progress rather than facilitate actual progress. The first of these was “more money.”

“Being the budget director for the governor, I get a little grumpy when people come and ask for more money because here’s one truth: there will never be enough money to solve the problems in government,” she said. “Regardless of how much money we have coming in, for every new dollar of revenue we have come in, we have four dollars of requests. You just can’t fund everything. So, if we think somehow more money is going to come in and solve all of our problems, you’re going to be very, waiting for a very long time.”

She further explained, “If we don’t know how to use our existing resources, more of them won’t help. The illusion we have is that I’m using all of my resources as well as I can. . . . The right mindset we need to have is that there’s hidden capacity, and we just have to learn to think differently—to see different patterns and to figure out how to get more with resources that we have.”

3. Make It Easy for People to Behave the Way You Want Them to Behave

The next of the Seductive 7 that Cox shared was “more training.”

Cox then explained that the right mindset is understanding how to design a process that makes it natural and easy for people to behave the way we want them to behave.

“The minute I’m trying to train people into behaving the way I want them to behave, I’m losing because there’s such inertia in the current makeup of the system. I’m trying to use training to overcome how the system is designed,” she said. “We first have to design the system so that the inertia and the momentum of the system gets people to where we want them to be. And then we can use training to augment and to reinforce and to clarify. It can be powerful.”