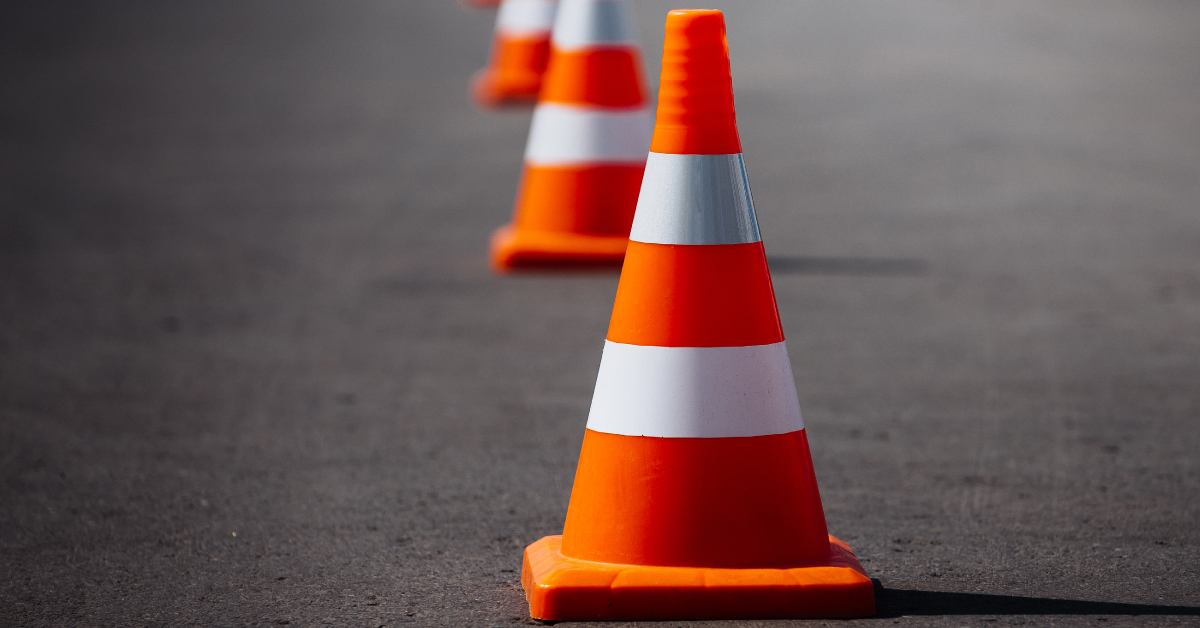 Ah, the ubiquitous orange traffic cone. We see them practically every day, but what do we really know about them? Here are seven fun facts about these bright, conical marvels that help to keep us safe on the roads.

1. There are an estimated 140 million traffic cones in use worldwide.

2. Before the traffic cone was invented, wooden barriers and wooden tripods were used to mark dangerous spots on the highway. They were not easily seen and were often broken. They also had to be assembled for each project and were bulky to store.

3. In 1940, while working as a street painter for the City of Los Angeles, Charles D. Scanlon designed a hollow, conical marker to keep cars from driving over wet paint. He patented the rubber traffic cone in 1943.

In his patent filing, Scanlon explained that his three main objectives for his invention were to provide a marker:

4. By 1947, rubber traffic cones were being mass produced, which means they have been used on roads for the past 73 years.

5. In 1961, British engineer David Morgan is believed to have constructed the first experimental plastic traffic cones. He currently holds the Guinness World Record for largest collection of unique traffic cones, which is made up of 137 cones and includes 2/3 of all types of cones ever made.

6. In the United States, approximately 1 million traffic cones are stolen each year. To help alleviate a similar problem in the United Kingdom, police departments throughout the country occasionally hold “cone amnesties,” giving citizens a chance to return “borrowed” traffic cones.

FYI, it is a misdemeanor to steal or purposely run over a traffic cone, so always treat them with respect.