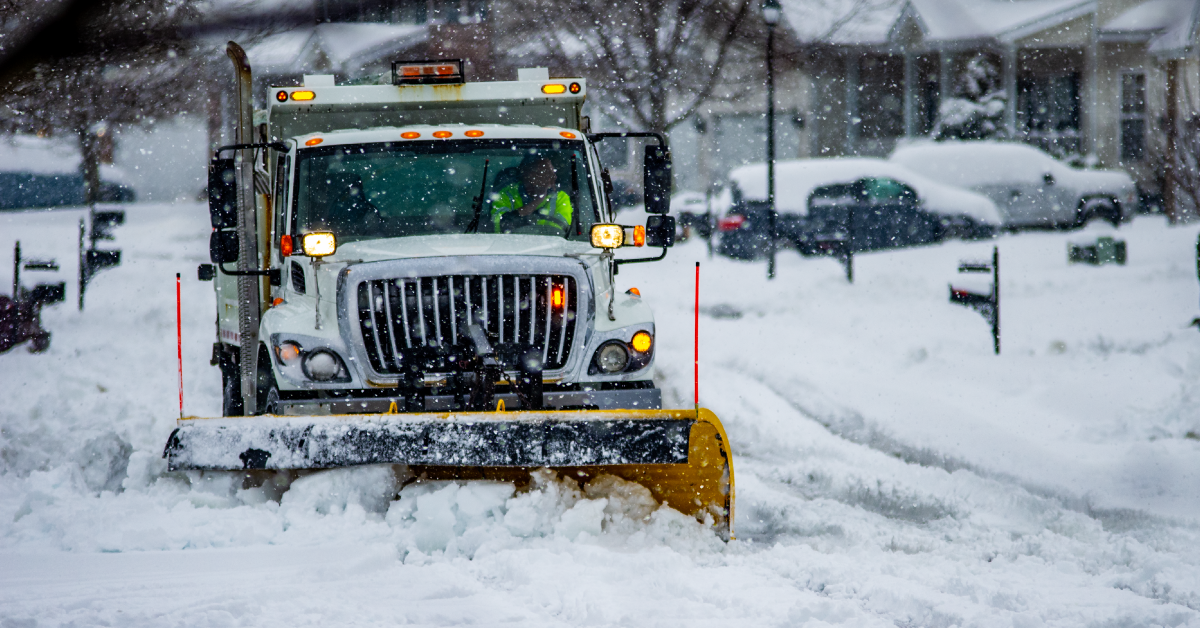 It’s that time of the year again! In many places in the U.S. and Canada, snow is falling, snowboards are being waxed, snowmen are being created, and snowplows are hard at work. Snow removal is an essential service for any community that experiences a winter climate. We often take for granted the hard work that men and women across the country put in to keep our roads safe from ice and snow. Without these necessary snow removal crews, our cities would not be able to function. Here are 9 amazing facts about snowstorms and snow removal.

2. The first official patents for a snowplow date back to the 1840s. However, it wasn’t until 1862 that the first snow plow was deployed in Milwaukee, Wisconsin. This rudimentary snow plow was attached to a cart that was pulled by a team of horses.

3. The arrival of cars in the late 19th century increased the need for snow plows to ensure that road infrastructure was functional and safe. Snow removal was revolutionized in 1913 when the first motorized snow plow was invented.

5. A single snowstorm can drop up to 39 million tons of snow.

6. Did you know that in most cities in Canada it is illegal to not shovel your sidewalks? Failure to do so can result in a $100 to $200 fine.

7. On average, there are around 105 snow-producing storms per year that affect the U.S. These storms will typically last two to five days and have the potential to cause hazardous travel.