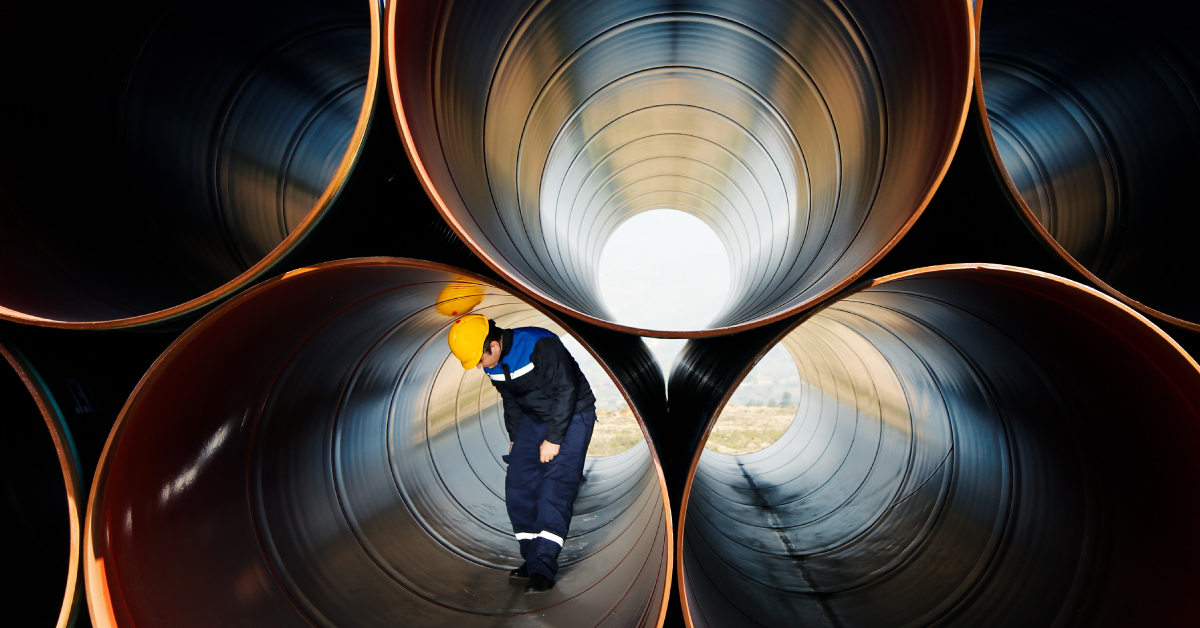 Changes in Infrastructure Policy: What this Means for Your Community

There has been renewed interest in infrastructure on Capitol Hill. A handful of new bills and packages aim to increase funding for infrastructural improvements in the U.S., ranging from water and wastewater to roads and electricity. These bills and packages have the potential to create opportunities for local governments and utilities to bring their community services up to date.

Here are a couple of developments to keep your eye on in the coming months:

Of all the proposed and passed infrastructure bills and packages, the Bipartisan Infrastructure Law (BIL) also known as the Infrastructure Investment and Jobs Act (IIJA) is the most ambitious. It is a $1.2 trillion plan that tackles a gamut of infrastructural upgrades, ranging from replacing every lead water service line in the U.S. to fixing tens of thousands of roads and bridges. This bill—recently signed into law—reauthorizes a variety of existing federal funding programs as well as adding $550 billion in new spending to go towards the improvement of infrastructure in the U.S. 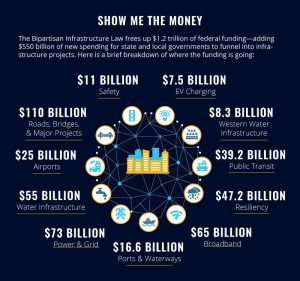 Here is a brief breakdown of what is included in the Infrastructure Investment and Jobs Act of 2021:

The American Rescue Plan Act (ARPA) became law in March 2021, freeing up $350 billion of federal funds to be used by local and state governments to address the impact of Covid-19. ARPA funding is not only available to support public health initiatives but can also be used for necessary investments in water and sewer infrastructure—including stormwater runoff, water pollution, flood control, and green infrastructure. In addition to funding for water infrastructure, ARPA may also cover various transportation infrastructure projects.

Somewhat umbrellaed under the Bipartisan Infrastructure Law is the Drinking Water and Wastewater Infrastructure Act of 2021 (DWWIA), which was passed in the U.S. Senate with bipartisan support. The bill aims at upgrading aging water infrastructure and would provide $35 billion for water resource development projects. It would bolster funding into federal water infrastructure programs that already exist, as well as funnel money into the creation of new ones. The act would reauthorize funding into programs that would upgrade sewer and stormwater systems, eliminate lead in drinking water, assist small and disadvantaged communities, and much more.

The EPA has updated their Lead and Copper Rule (LCRR) in an effort to ensure that drinking water is free of contaminants. New revisions to these EPA guidelines, along with other potential bills, require water utilities to inventory lead service lines. The most recent revisions that have been officially included in the LCRR place an emphasis on protecting children from lead exposure. Water quality testing is now required at schools and child care facilities. In addition to that, water utilities must notify the public when and where they have located service lines containing lead.

What Does this Mean for Your Community?

This renewed focus on infrastructure could possibly lead to an increase in the volume of public works projects and capital investment opportunities for your community. The Cityworks platform (Cityworks AMS, Cityworks PLL, and more)—coupled with Esri ArcGIS—can help your organization track and manage all your assets and field work in an intuitive way. Whether you are inventorying lead piping or repaving a road, Cityworks and ArcGIS allow you to create a system of record that organize, manage, and maintain your infrastructure data and workflows.