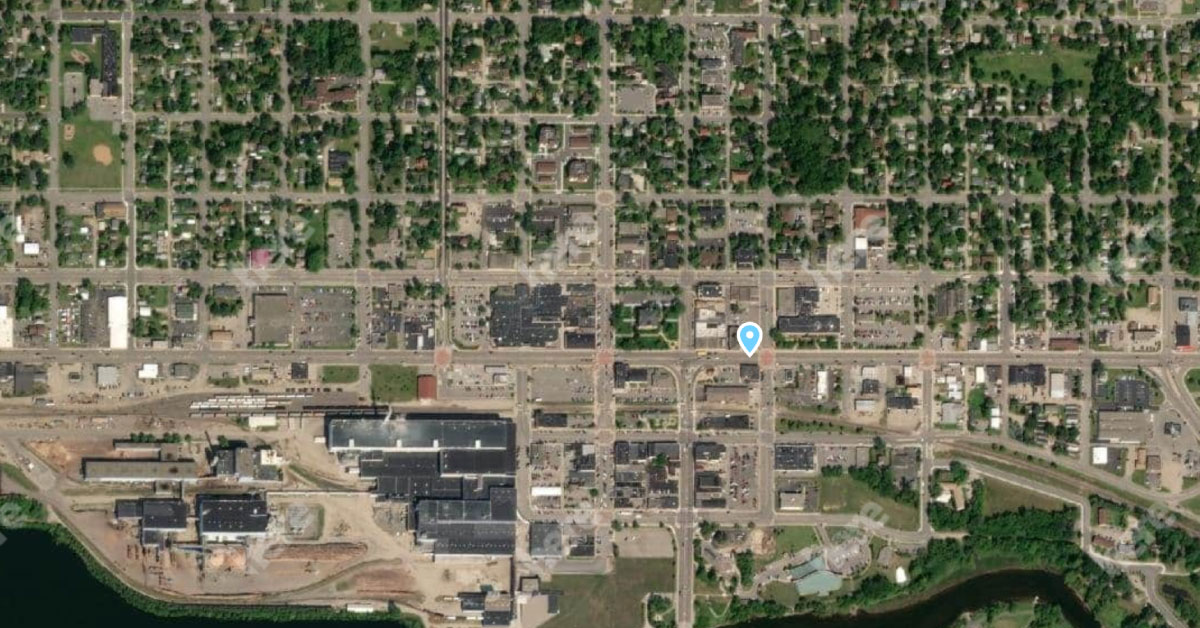 Cityworks PLL and Public Access: How They Revamped the ROW Permit Process in Grand Rapids, MN

The GIS coordinator for the City of Grand Rapids, Minnesota shares how Cityworks PLL and Public Access have streamlined the ROW permit process. 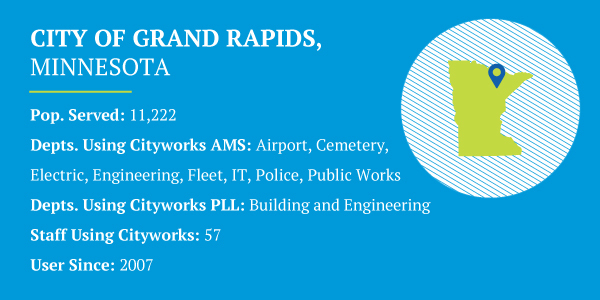 In the fall of 2018, our city engineer decided to address the struggle of not being able to accurately inspect the locations of right-of-way permits (ROW) that were being submitted. The Achilles heel that ultimately led us to change our way of doing things was the countless hours that were being wasted by driving around with hand drawn maps searching for the areas where ROW work had been completed.

The Problem at Hand

The first step to finding a solution to this problem was to identify its main cause. We needed to review and organize the ROW process, from initial submission of the application all the way through refunding the deposit.

After identifying all the steps within this process, it was immediately determined that the way we were doing permit tracking was ineffective. Originally, the tracking of permits was done in Microsoft Excel—the problem with this was that the work and data was isolated to a network drive.

Another problem we identified was the disorganization caused by the contractors’ ability to submit multiple locations of ROW work on one permit. In some cases, contractors would submit an entire year of ROW work with no information on when each area of work would start and end.

We also determined, after walking through each task and estimating staff labor hours from start to finish, that permit fees were too low and would need to be adjusted.

Now that we had identified the main snags in our workflow, we decided the best way to move forward would be to switch all ROW permits to an online-only submission and to set up an automated email system, where applicants would receive notifications on their permits. We set a go-live deadline of January 1, 2019.

Having been Cityworks customers since 2007, we knew that the best place for us to track the progress of cases would be in Cityworks PLL and that Public Access had the capability of producing seamless online case submittals. We decided that these tools would be the best option for us.

After a few days of working through the design and testing process, a case template was created. Next, we installed Public Access and created a customized website, comparable to our city webpage. After the case template and Public Access portal had been crafted, we started configuring and designing the automated emails for each ROW permit task. Personally, this was my favorite part of the project. Writing code that would optimize data from Cityworks to formulate automated emails was kind of like putting a large puzzle together. Once we had completed the majority of the setup, we were able to test the product and work out any issues with the automated emails or data entry.

Before the final implementation, we decided it would be best to create instructional videos to assist customers with registering for a Cityworks Public Access account, submitting an application, and managing a permit. On January 1, our new online ROW permit application process went live. Soon after going live, we made an effort to collect feedback and assist contractors and homeowners who were using the new process for the first time. We also made necessary alterations to the workflow process and data input sections, based off the feedback we received. We wanted to ensure that our customers and staff could easily use the new system and attain accurate information.

We also had to stay on top of the new functionalities introduced with each new Public Access software release. Some of the new functionalities were extremely helpful and made data input easier on the customer end, which greatly helped streamline the process. One example of this was the ability to autofill People roles in Cityworks PLL case data fields with the data from a user registration in Public Access. Another example, was the added ability to create additional permit applications from an existing permit. This feature works great for customers who submit multiple applications for similar work in different locations.

After the first year of using our new online ROW permit process, the amount of ROW permits received, jumped from an annual average of 25 to 133. At the same time, the time required to complete ROW permits was greatly reduced. It is difficult for us to quantify just how much time and labor have been saved since the new system was put in place; this is mostly because there was no way to track those metrics on the old system. However, we do know that the reduction in labor and time was made possible by the continued enhancements to the software, which helped streamline workflows. In fact, we have been able to consolidate the task of managing ROW applications, permits, and inspections—a job that normally required the effort of multiple employees—to a single engineering assistant.

The fact that we now have the ability to obtain accurate location data on permits and correct start and end dates has made a huge difference. Our new ROW permit process was instrumental in helping us identify the fees that needed to be increased. This allowed us to substantially increase our yearly fees as we continued to see a larger volume of permits.

It has now been two years since we implemented the online ROW permit. There is an ongoing effort to make modifications as upgraded software is released and as we continue to receive suggestions and feedback.

Mike LeClaire is the GIS Coordinator for the City of Grand Rapids, Minnesota