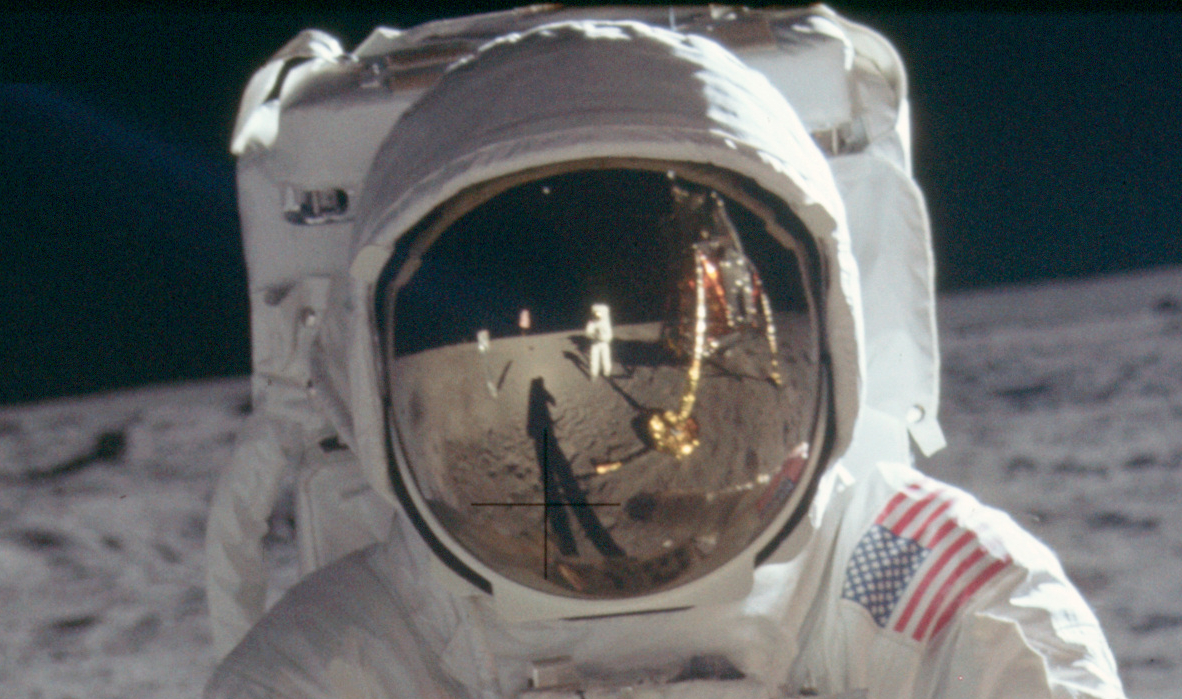 GIS Intelligence and Lessons from the Moon Landing

July marked the 50th anniversary of the Apollo 11 moon landing. I was just 11 years old in 1969, and I remember sleeping out in the backyard one evening that summer and gazing at the moon while marveling that people have actually been there. Not just been there, walked there. What an incredible feat of human ingenuity, collaboration, and deliberate focus on success.

Since the Apollo mission, countless reviews, case studies, documentaries, and films have recounted the remarkable journey to the moon. In a recent issue of Businessweek, Peter Coy reflected on the five management strategies that defined the Apollo missions and how they are still valid today:

1. Have a clear objective, and use it to keep your project on track.

3. Delegate but decide. Teamwork is valuable, and so is strong leadership.

4. Prioritize effectiveness over elegance, especially when it comes to technology design.

5. Improvise, because things rarely go according to plan.

While each of these points rings true, prioritizing effectiveness over elegance seems particularly relevant in our day-to-day work.

On their own, the modules looked awkward and unimpressive in comparison with the streamlined rocket. But the lunar and command modules weren’t designed to be elegant as much as they were designed to perform specific functions under specific conditions: land and take off from the moon and return the astronauts safely back to earth. The modules, while seemingly insignificant, were arguably the most important parts of the ship.

NASA and its partners understood the importance of prioritizing effectiveness over elegance. Before astronauts could land on the moon, entire missions were dedicated to testing the lunar and command modules, executing flight paths, and checking vital equipment. The success of the Apollo 11 mission was the result of nearly a decade of applied engineering, consistent collaboration, and incremental success.

At the Esri User Conference, I had the pleasure of hearing presentations from several Cityworks clients: Tameka Allen and Michelle Pearman at the City of Augusta, Chad Foley at the City of Raleigh, and Clint Hutchings at the City of West Jordan. Each of these cities has found success in collaborating across departments and setting incremental goals to improve the effectiveness of their operations.

They also demonstrated how different types of smart technology, when coupled with a GIS-centric approach, can improve their ability to respond to community needs and do good locally. For example, installing smart sensors on municipal garbage cans may not seem elegant on the surface. When the sensors are tied to ArcGIS® and Cityworks, they can be effective in helping solid waste teams reduce fuel consumption and prioritize time. Small changes like this contribute to the overall efficiency and sustainability of a community—and that’s elegant.

In December 1995, as Cityworks began to take shape, using ArcGIS as the asset repository for municipal and utility assets seemed so obviously smart to us. We thought, Why duplicate the ArcGIS geodatabase? It is open and resides in an open database. It models infrastructure assets efficiently and effectively. ArcGIS as the asset repository became the foundation of what we called GIS-centric.

Many technology systems claim to be GIS-centric, but don’t trust ArcGIS as the singular authoritative geodatabase. We are clear in our definition of GIS-centric: Cityworks is a pure-play ArcGIS solution designed to leverage an organization’s investment in ArcGIS for public asset management and community development.

Cityworks and ArcGIS together provide the backbone to help you improve your operations, respond to community needs, and do good locally. They combine to transform the complexity of managing your community infrastructure into an orchestrated process that supports decision making, customer service, and economic growth. Because the GIS-centric platform is open, your organization can achieve incremental improvements by adding to its core with smart technology.

Brian Haslam is CEO and founder of Cityworks.