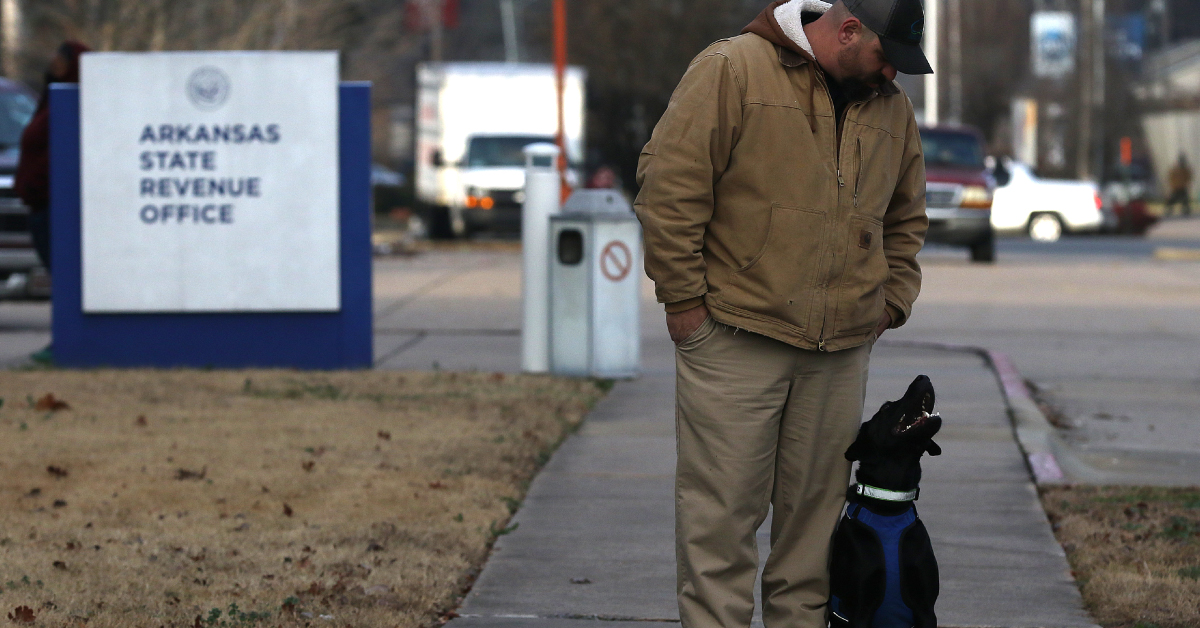 Sniffing Out Water Leaks with Cityworks and One Extraordinary Dog

When Vessel came onboard as a Central Arkansas Water (CAW) employee more than a year ago, the fanfare began, and it hasn’t let up. You see, Vessel is not like other employees. In fact, in lieu of a paycheck, she is rewarded with treats, belly rubs, and games of fetch.

In November 2019, Vessel, a black lab mix rescue dog, became North America’s very first water leak detection dog. Executives at Central Arkansas Water—a regional drinking water utility headquartered in Little Rock, Arkansas, that serves almost half a million consumers in 18 communities—first got the idea of using a dog to find leaks after hearing about a United Kingdom utility that does just that.

Her purpose is to assist the utility’s humans in more quickly finding water leaks—those both surfacing and non-surfacing—to lower the unaccounted for, non-revenue water that leaks from the distribution system each year after money and manpower have already been invested in turning it into high-quality drinking water.

Vessel sniffs to detect chlorine in the treated water. Whereas a human leak detection crew must test a puddle of water to determine if it is rainwater or a leak from the utility’s distribution system, Vessel runs right past groundwater with just a sniff.

After realizing how valuable the dog would be to finding leaks across CAW’s service area, the utility needed a way to accurately track the work Vessel was doing. They turned to Cityworks, the asset management platform the utility has been using since 2008.

“Cityworks is a great tool to keep up with all the stats, as well as service requests and work orders,” Preator said. “Once I create a service request, which keeps track of my activities, if a leak is found I can create a work order for the crews to come fix the leak.”

Using service requests and work orders in this way allows the utility to run a report to specifically identify work orders that are tied to leaks found by Vessel.

The Cityworks features help streamline the workflow, allow dispatch personnel to easily create a service request for the dog based on a supervisor assignment or a customer call, and easily allow Preator to create a work order based on Vessel’s detection when they have completed the service request.

Harnessing the Power Of Satellites

Starting in December 2020, CAW began using Cityworks’ capabilities to track the accuracy of Vessel’s work with a satellite leak detection image service the utility had purchased from Israeli company Utilis. Utilis provides a satellite aerial image of a water utility’s service area with possible leaks identified on the map. The utility then checks each possible leak location to verify if there is a leak there.

►You’ll also like: Taking Satellite Leak Detection to the Next Level with Cityworks AMS

When CAW first piloted the satellite software in 2018, the company used a typical boots-on-the-ground crew to check each possible location. This time, the company is using Vessel to sniff out the locations, and then her handler uses listening equipment to check the dog’s work.

With a quick view in Cityworks, Preator and his supervisors can check the “Leaked Detected—K9” field to see if a majority of the satellite-identified locations are actual leaks or not. The field allows Preator to report Leak Found, No Leak Found, False Positive, or False Negative.

CAW has continued to expand its Cityworks user base since the initial implementation in 2008. The addition of Vessel presented an opportunity to do something that has not been done before in the United States—both in the industry as well as with Cityworks. The future is exciting as CAW continues to innovate in the water industry while extending the functionality of Cityworks across the organization.