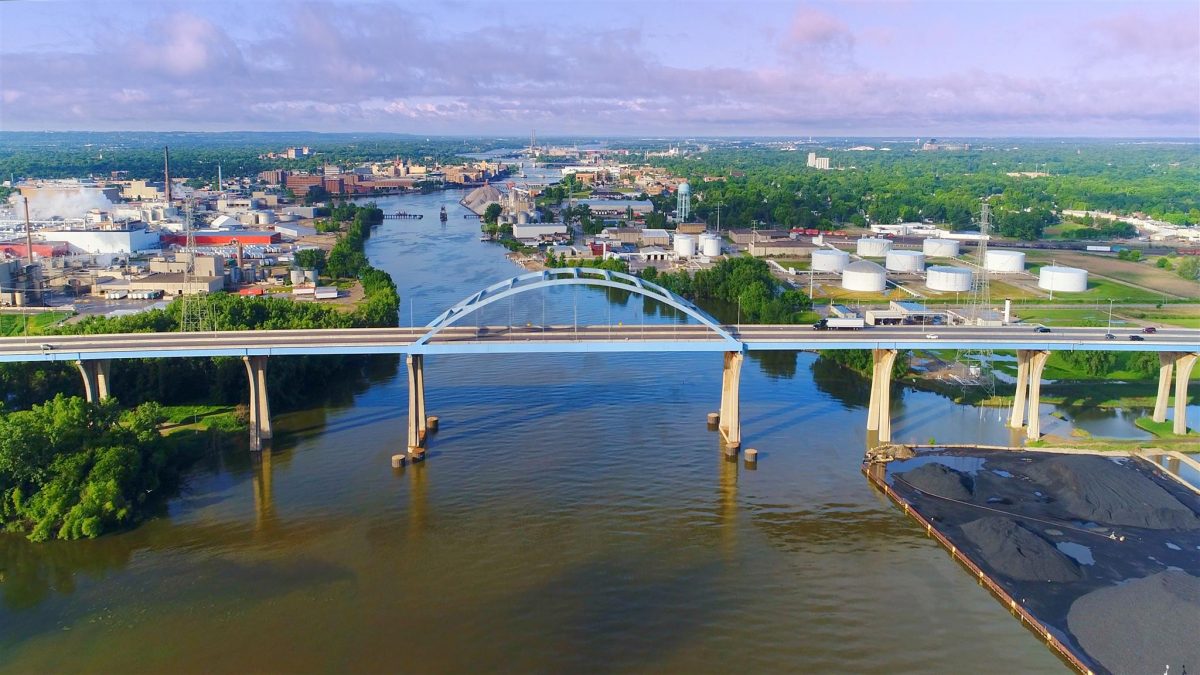 Water utilities don’t like leaks. Not only can they threaten infrastructure and demand emergency response, but especially in the case of treated water, leaks allow revenue to literally pour into the street.

Yet for utilities like Green Bay Water Utility (GBWU) in Green Bay, Wisconsin, leaks come with the territory. When you consider a 130-year-old distribution system in various stages of maturity that contains 440 miles of pipes within the city limits alone and must withstand annual sub-zero temperatures, leaks big and small are to be expected.

The performance of the GBWU distribution system is included in one of the nonprofit utility’s seven stated values: sustainability by using asset management. That’s one reason why GBWU has used Cityworks for more than 12 years. In the past decade, GBWU Operations Manager Brian Powell has seen distribution performance continually improve.

A significant number of the 240 workdays each year have a leak repair work order associated with them, so Powell is always interested in better ways to find leaks. Big leaks often start as little ones, so fixing them once they are detected can avert main breaks that re-route traffic and wash up debris. Big breaks are also often unpredictable and require immediate attention by big crews from GBWU and other responders, regardless of the day or hour.

GBWU is the first water utility to apply satellite data to maintenance operations in Wisconsin. In the past, GBWU hired a contractor to manually listen to every inch of the distribution system, assisted by equipment on the ground. Because the system is so large, the contractor could cover about 20 percent of the pipes per year. On average, about one percent of the area surveyed had a leak requiring investigation and possible repair. The Utilis process surveyed 100 percent of the distribution network and, since March, Utilis data has already helped GBWU detect four times more leaks than with their previous ground surveying method.

Utilis images identified 207 points of interest scattered throughout the system that represented excess treated water as opposed to ground water, rain, snow, or surface water. These “hot spots,” as Powell refers to them, cover 1,000 feet of water main, or about 11 percent of the system.

GIS technicians at GBWU import the data collected at the polygons of interest into Cityworks and create work orders for investigating the areas for leaks. Field workers then enter information into Cityworks while they inspect the area of interest. This additional data includes the type of leak (hydrant, valve, main), plus the volume of lost water. Once in the system, this information is immediately available for evaluation through future queries. The data may also trigger additional work orders.

At the time of publication of this article, GBWU crews had inspected 75 points of interest and detected 28 leaks. This new maintenance approach has reduced physical inspection by five percent and detected four times as many leaks.

Besides making better use of their work crews, the satellite data is also helping Cityworks’ customer service department users at GBWU. Although the utility doesn’t maintain pipes beyond their distribution system, the data entered into Cityworks from Utilis can be shared with homeowners. If a leak is suspected on the customer’s property, GBWU customer service can alert the owner and track the progress of the repair.

According to Powell, GBWU team’s proficiency in adopting new technology and maximizing its value has paid off for utility customers and staff alike.

“Cityworks allows us to more easily set up and track our leak detection program, which results in a more efficient maintenance program, saving us both time and money.”

Chris Kulchak is a marketing coordinator at POWER Engineers. Contact her at chris.kulchak@powereng.com.